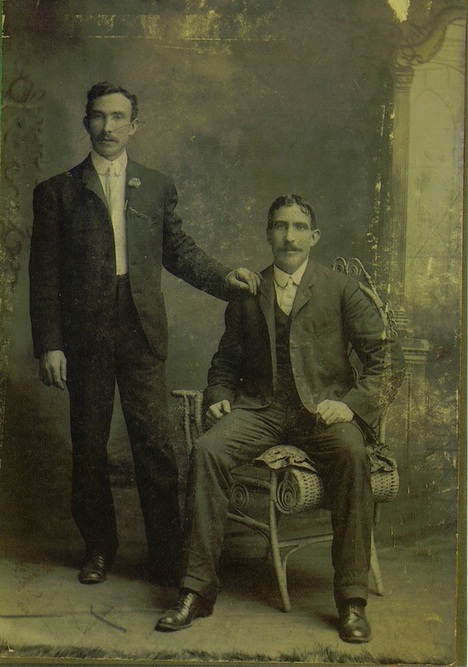 On 9 Jun 1900, James O'Rourke, son of John Rourke and Ellen Rodgers, arrived in the United States aboard the HMS Campania, which had left from Liverpool. He was on the way to his brother William's home on Harvard St. in Cleveland. (William is said to have sold the family cow to pay for his own passage a few years earlier.) Traveling with James was Matt Sloan, James Murney, and Richard and Rose (Sloan) Farrell. There are articles about all these people on this website.

If these names are starting to sound familiar to those familiar with the O'Rourkes, it is because they are. James Murney was best man at William O'Rourke's wedding, and Matt Sloan married William O'Rourke's sister-in-law Lucy Rodgers. The Farrells were living at 9212 Cannon in 1910.

Are the streets starting to sound familiar too? This is what is known in genealogical parlance as "emigration patterns" and known to the rest of us as "traveling in packs." When people left their homeland they generally went where they already knew someone. As a result many people from one area of Ireland ended up in the same area in the United States. There were a lot of people from Killowen in the Newburgh section of Cleveland.

James and Mary O'Rourke had four children, three of whom survived to adulthood: Elizabeth (1910), Gilbert (1912), and Marie (1916). Neither Gilbert nor Marie married. Elizabeth "Liz" O'Rourke was an X-ray nurse. She was married late in life to Ken House, who I seem to remember ran a funeral home on the West Side. Ken and Elizabeth had no children. "Aunt" Liz is included in the picture taken about 1954 of the O'Rourke in-laws on the Photographs page.

James may have left Killowen but Killowen never left him. Besides being surrounded by his fellow expatriates, he must have kept in touch. Fifty-nine years after he left, his death notice calls him "beloved husband of the late Mary (nee Keyes), father of Elizabeth, Gilbert and Marie, brother of William and Elizabeth of County Down, Ireland." There are very few death notices from that era that include information about the county of origin. 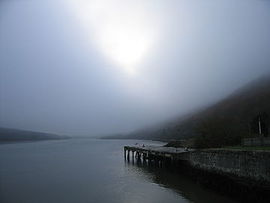 This picture of Carlingford Lough was taken on the southern coast, looking seawards. Killowen is behind the photographer, to the left, not seen in the picture. It comes from Wikipedia. I wanted to include some pictures of Killowen itself, but the rights to all of them were restricted. If you like you can follow a few of these links at Flickr. The last one was taken by a Thomas O'Rourke of Killowen.