That question will only make sense to you if you let me explain the mystery we are facing:

It begins with Margaret Louise Jenkins, who was born in East Boston, MA, on March 27, 1889, the daughter of Catherine Carrigan and (we thought) James Jenkins. When Margaret was married to William Page in Veazie, Maine, on April 25, 1905, her name was recorded as "Margaret Crimm christened Jenkins." I always wrote it off as a bit of confusion between a young lady and the parson taking the information. 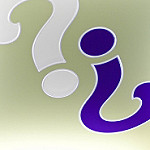 Next we poked around the Massachusetts Births on Familysearch.org and found birth records for their first two children: Charles "Crimm" born in 1881 at 171 Everett St, East Boston, to James and Catherine, and his sister Mary Josephine "Crimm" born at 170 Everett Street two years later. The Boston City Directories for those years put the Jenkins' family at 172 Everett. We had never located birth records for these two children as "Jenkins".

We next worked back one generation. James Jenkins' birth record says he was born in East Boston July 5, 1854, the son of Charles and Mary Jenkins. Charles and Mary are faithfully on the censuses in 1855, 1860, and 1865. There is a Charles Jenkins in the city directories for those years. But the marriage record for Mary Donovan says she married "Samuel Crimm" in Boston on November 18, 1852. There is no marriage record for Mary and "Charles Jenkins".

What's more, James Crimm and his (mythical?) father Samuel Crimm appear from nowhere and then disappear just as quickly. There is no record for this "Samuel Crimm" at ancestry.com or familysearch.org before or after the marriage. Likewise for "James Crimm". He is nowhere to be found until he marries, then once his first two children are born, he vanishes, except for the reference to his surname on his daughter Margaret's marriage record.

Now it is possible that these men existed and are listed in records that are not yet online, but not even once? The Massachusetts vital records are pretty complete, as far as I have heard. They should have turned up somewhere.

Unless Charles Jenkins, for some reason known only to him, was really Samuel Crimm.