Joseph Page was among the first non-Native American settlers in the area of Orono, Maine, arriving there no later than 1783. Joseph was born about 1727, possibly in Rhode Island, and was married between 1755 and 1765, likely in Rhode Island. The name of his wife is unknown. He died 17 Feb 1817 in Orono. 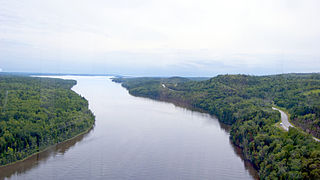 According to the transcript of the Centennial Celebration and Dedication of Town Hall, Orono, Maine, Joseph and his wife had eight children: Roger, Joseph, Isaac, James, Stephen, Huldah, Phoebe, and Polly. I have not found Roger or Polly on any records; some records say Joseph had a daughter named Annabel or Betsy, so perhaps Polly was a nickname for her or one of the other daughters.

Joseph may have moved to Maine from the area of Gloucester, Rhode Island. There were Pages in that area when he was born, along with Inman families, and the Tourtelottes. Men by the name of Inman and Tourtellotte also settled in Orono, and they have been traced back to Gloucester. Joseph Inman of Orono is said to have married a daughter of Joseph Page.

Four sons of Joseph, namely Joseph, Isaac, James, and Stephen, appear on the early censuses and other records of the Orono area. Apart from Stephen, the names of their children are not known. It is very likely though that all the Pages who are in Orono in the 1830's and 1840's are descendants of the original Joseph Page.

For Joseph's activities up and down the Penobscot, see Joseph Page, of Orono, Maine, a Timeline. For more information about his family, and sources, see the New England Families section of this website.