Having found James McAneny's death record, I was inspired to keep going on the family. Here is his brother Michael's naturalization card. As far as I can tell, this was some kind of summary of information made after the fact, along with the immigrant's current address. 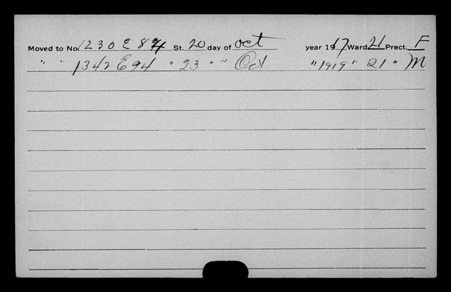 So Michael was naturalized in New York City about 1901. I wonder if the family settled there when they arrived. I found James in a Cleveland City Directory in 1898 along with someone that might have been their father. And I didn't find any other immigration records for the McAnenys in Cuyahoga County. Of course that doesn't mean they're not there.